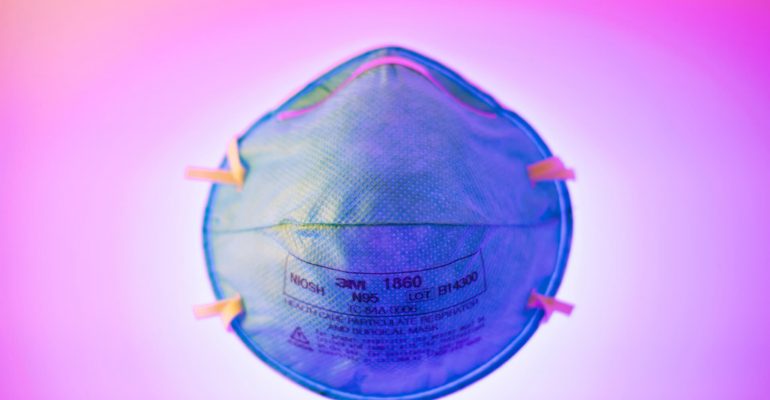 ozone is a chemical compound consisting of three oxygen atoms (O3). It is a very high energy-carrying form of two-atom normal atmospheric oxygen (O2). Thus, the structures of these two types of molecules are different from each other as follows:

O3 is a colorless gas with a characteristic odor at room temperature. (after stormy weather, it is felt in high places or on the Sea coast). Its name comes from ozein, which means “to smell” in Greek. It was discovered in 1840 by the German chemist Christian Friedrich Schönbein (1799-1868). One particle per 10 million air particles is found in the form of smoke at concentrations of O3 (= 0.1 ppm = 200 µg/m3) near ground levels. At an altitude of 2000 meters, it drops much lower to levels of 0.03 – 0.04 ppm.

due to its very strong oxidizing and very effective disinfecting , it is used as a germ killer in treatment plants providing drinking water worldwide.

active oxygen (ozone O3) is the most effective known germ killer and deodorizer. Ozone, which is formed by the sun’s ultraviolet rays and the electric arcs that occur during lightning, is present as a protective shield around the world and protects living things against the radiation effect of the sun.

ozone created by lightning cleans the air. Especially at elevations and at the seaside, it is ozone that creates this feeling in the air, which we inhale as the smell of fresh air, which occurred during lightning strikes.

ozone(O3) is a colorless,pungent-smelling gas formed by the addition of one(o) oxygen atom to the oxygen (O2) molecule.O2+O1 = O3. It is a high energy, active form of oxygen. It is one of the most important gases found in the atmosphere and helps maintain the biological balance on our Earth. Prevents harmful rays. It is never, as it is misinterpreted, a gas that creates “pollution in our air. It makes life possible on Earth.

today, ozone production technologies have been developed to take advantage of many benefits of ozone.

Health and recovery cannot be achieved without oxygen. The human can live for 1-2 months without food, 1-2 weeks without water, but without oxygen, but for 5 minutes. Oxygen is our most basic requirement. Many diseases can be prevented or completely cured by re-providing adequate oxygen to the tissues and organs that are needed.

in today’s world, just breathing doesn’t provide enough oxygen to our bodies anymore. Our bodies are constantly polluted by toxins in our air, water and food. The amount of oxygen in our cities is well below 21% and continues to drop. Smoking, stress, sedentary life, unhealthy diet, such as add to the accumulation of toxins in our body and oxygen deficiency increases. This leads to chronic fatigue, premature aging, diseases and cancer. We may have to do more than breathe to ensure adequate oxygenation.

ozone generation technologies are the most powerful treatment known for providing the oxygen needed by living things to tissues and cells in the most effective way and eliminating toxins.

two atoms are a very high energy form of normal atmospheric oxygen (O2). Thus, the structures of these two types of molecules are different from each other as follows;

O3 is a colorless gas with a characteristic odor at room temperature. After rainy, lightning, stormy weather, it is felt in high places or on the Sea coast. The smell of ozone can be felt behind high voltage transformers, high voltage lines, televisions and photocopiers.

ozone is formed in nature by the sun’s ultraviolet rays or by weathering during lightning. The most powerful oxidizer used in terms of safety, ozone is an alternative water and air cleaner that has no side effects compared to conventional chemicals such as chlorine and bromine (which have residues and side effects). Ozone is produced and used in a strictly non-storable place.

it is approved by the FDA (Food and Drug Administration) and the USDA (United States Department of Agriculture) and certified as organic in the communiqué on substances in contact with food.

the FDA has changed the food additives regulation to allow the use of ozone as an antimicrobial agent. This amendment was published by the federation on 28 June 2001 and stated that ozone can be used as a safe and effective antimicrobial agent in gaseous form and with water in meat, poultry and other food production.

active oxygen (ozone O3) is the most effective known germ killer and deodorizer. In nature it comes to the median via The Sun’S UV rays or lightning strikes. It is available as a protective shield around the world and protects all living things against the effects of lethal radiation.

it is a chemical compound consisting of three oxygen atoms. It is a very high energy-carrying form of two-atom normal atmospheric oxygen (O2). Thus, the structures of these two kinds of molecules are different from each other.

the ozone molecule is the symmetric opening of the oxygen atom.

the main uses of ozone

Discovery and history of ozone

The Place Of Ozone In Medicine

Effect Of Ozone On Living Things

April 21, 2020
Markalar:
ALL
A
airozon (2)
Select the fields to be shown. Others will be hidden. Drag and drop to rearrange the order.
Compare
Wishlist 0
Open wishlist page Continue shopping